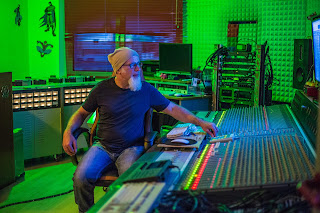 Back on the internet, after the electronic era slowly passes by on the market. Sure, a music studio was and is still combined with monetary costs. With the help of many free and cheap plugins and the easy opportunity to produce music in any way, everybody could become a DJ but nobody saw the necessity to go into a professional studio to give the sound the significant warmth. 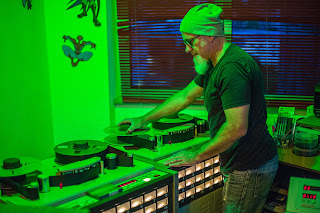 Thereby many didn’t have the sense of hearing between good and bad productions because they had never this experience. With mp3, the value of a studio went down and in comparison to the vinyl disc and until today, the vinyl is musically worthy than a simple CD. Andy is a dinosaur because of the analog equipment that he uses. His hybrid studio is provided with digital instruments and with 2inch 24 track-tape recorders, that come to life when musicians want to let their sound become alive. Plus, it’s fun to work with those analog instruments, because the sound and the studio become warmer and you can even smell the music. 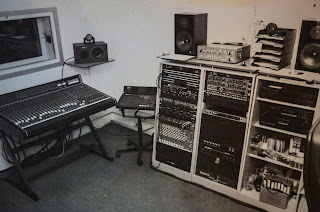 A tiny insight: with the tapes that need to be stretched, you get the analog tape recorder odor. Originally, Jam Music consisted of 2 producers, Andy and Stefan. Back then, their studio was in the old rehearsal room, where they have recorded many bands and later they have decided to build professional studio and with this decision to buy the first tools.